Still Marble was a site-specific work in public area, which was located in St.Petersburg on the facade of the house in Moshkov no. 2, being exactly between the State Hermitage Museum and Marble Palace. Hermitage Museum (1764) and Marble Palace (1785) were both situated at the same time, as the famous legend about Potemkin village (1787) is dated. The legend is about duke Grigory Potemkin, who erected fake settlements of buildings to create glorified illusion from the reality; and nowadays the term “Potemkin village” is used as a metaphor for that. For me, these two buildings and the legend, in addition to the context of Manifesta 10 exhibition, gave the starting point for my work.

The work depicts the mixture of the idea of 19th century nature morte (Still life) style with the contemporary installation, by raising the question about the Potemkin village phenomena today’s environment and political context, and also about the museological output and reproduction of art works. 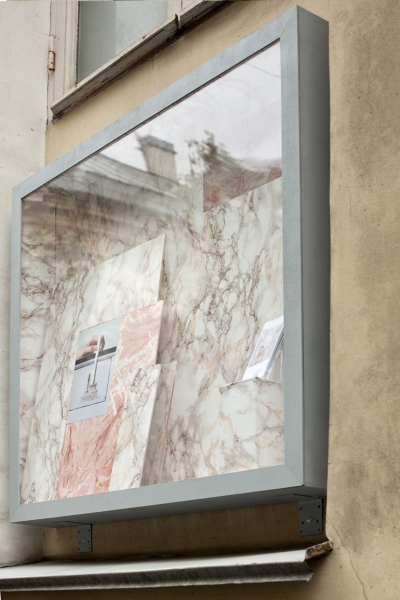