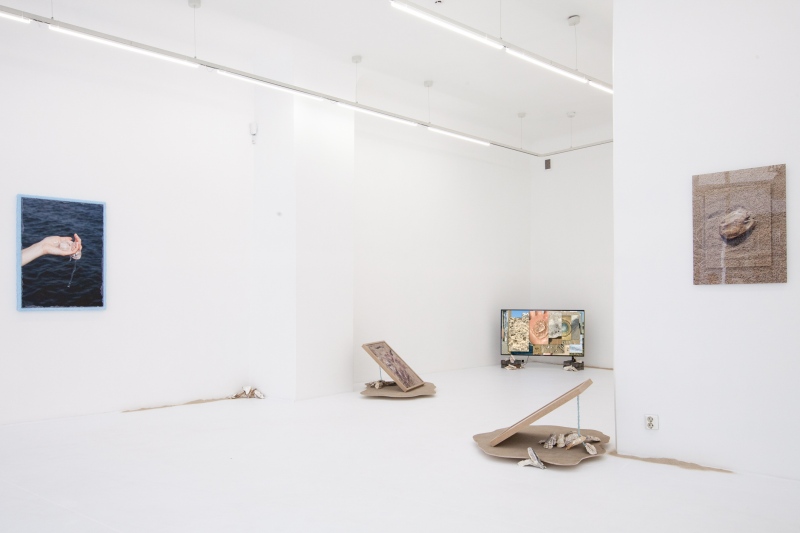 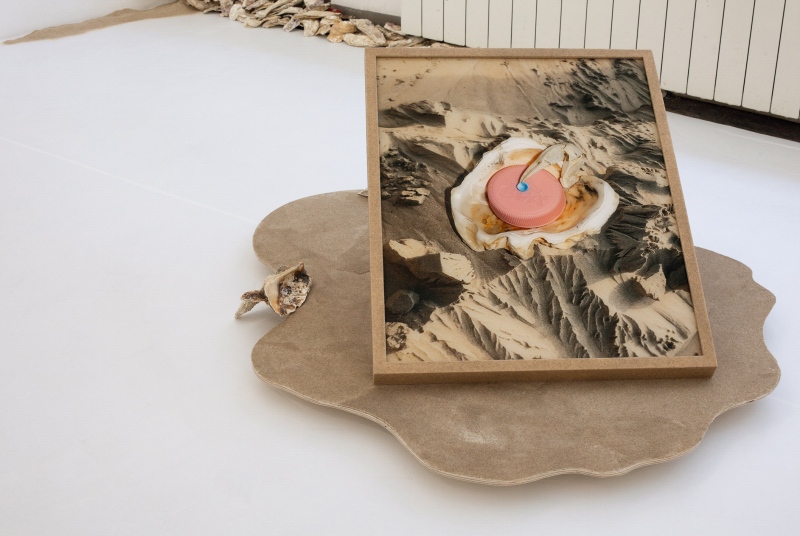 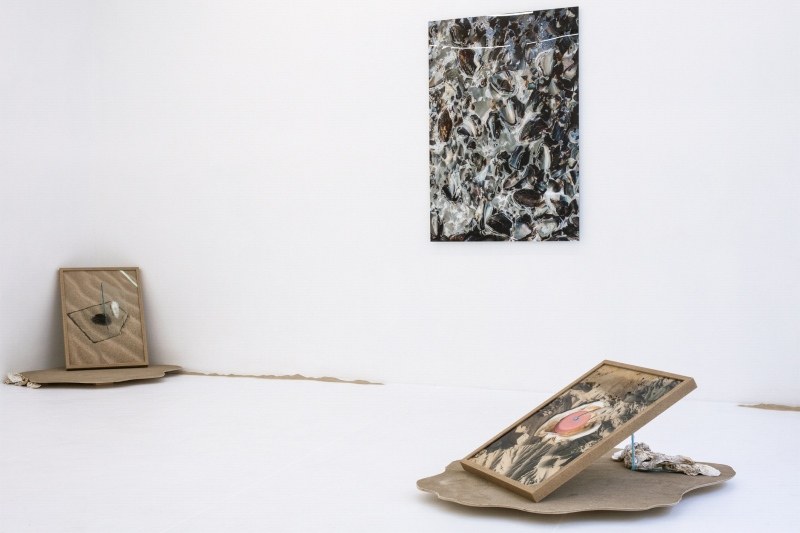 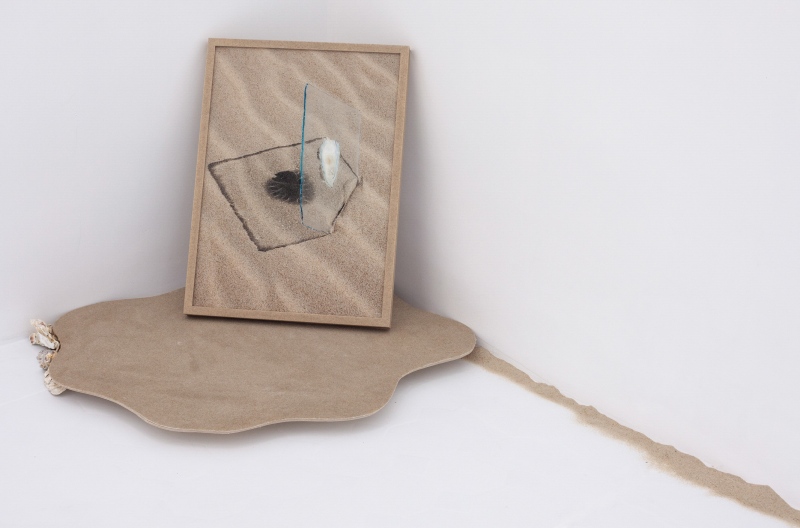 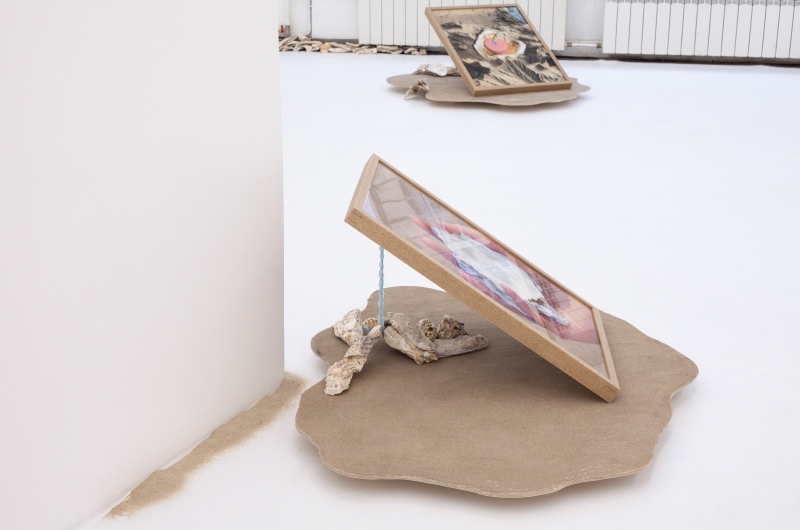 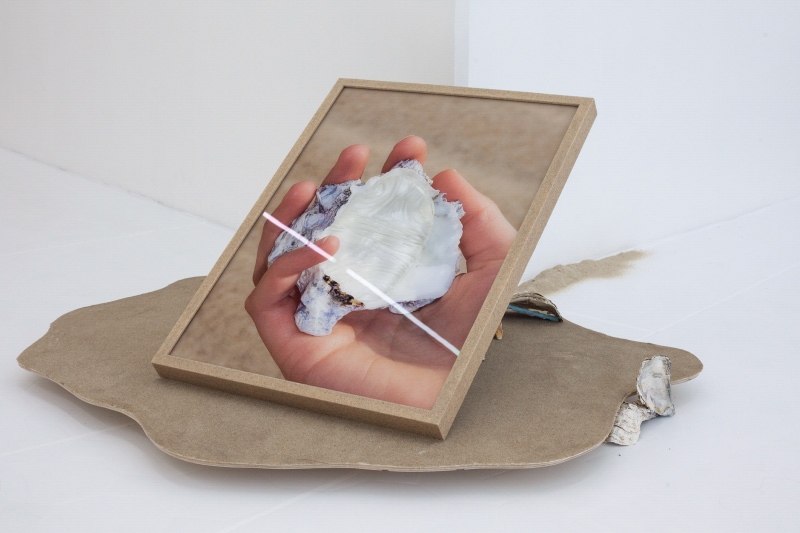 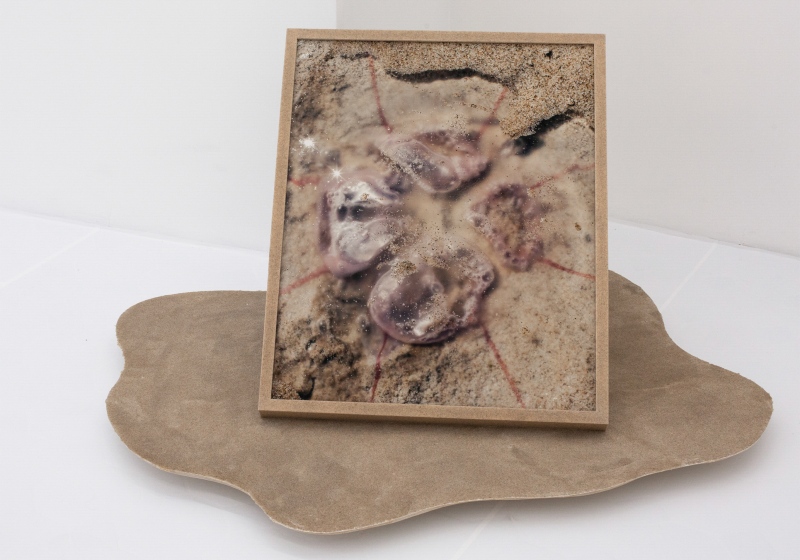 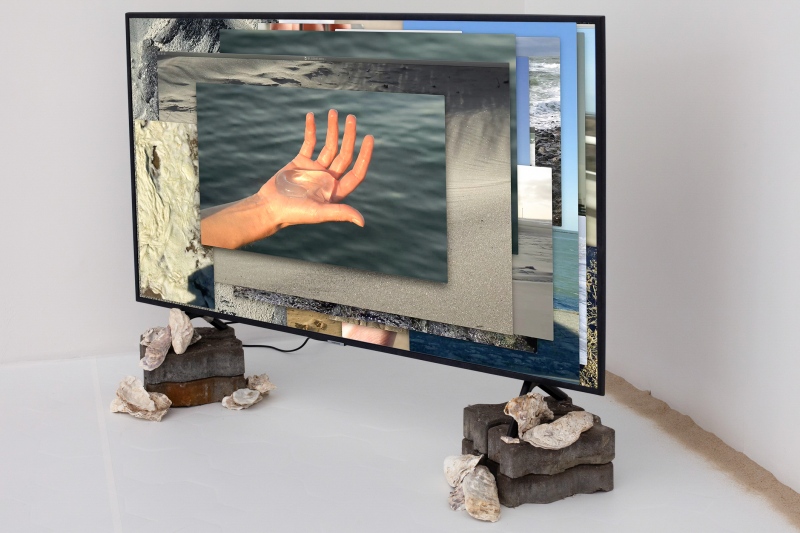 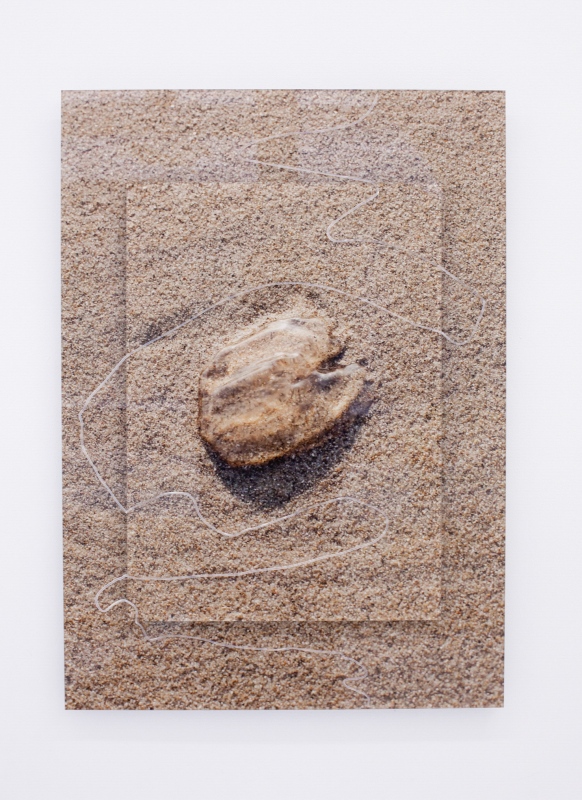 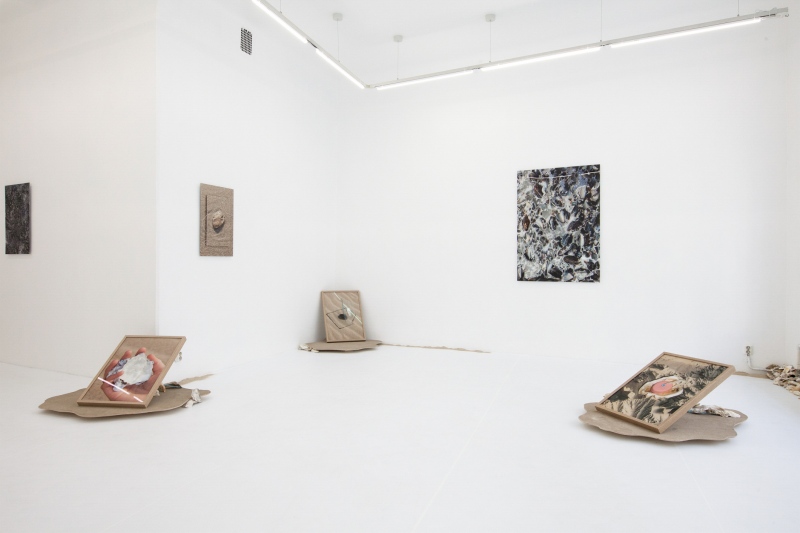 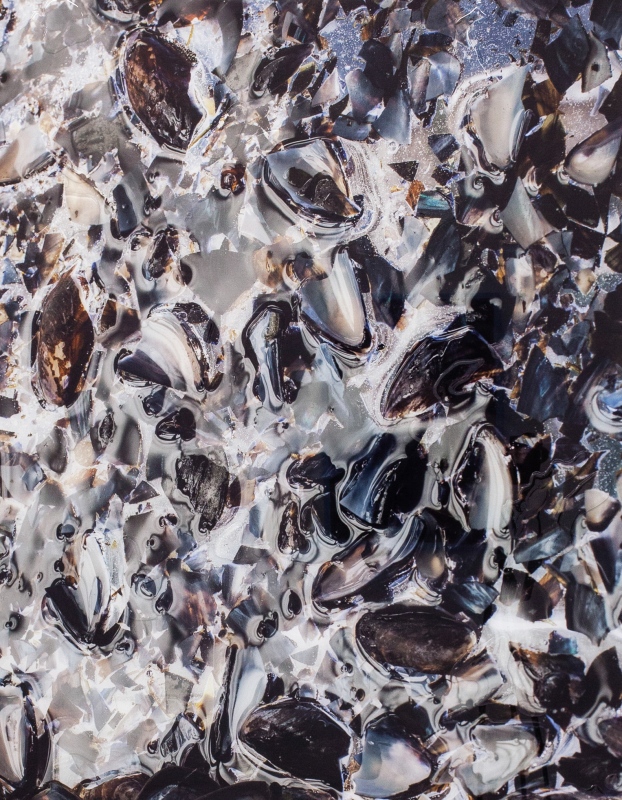 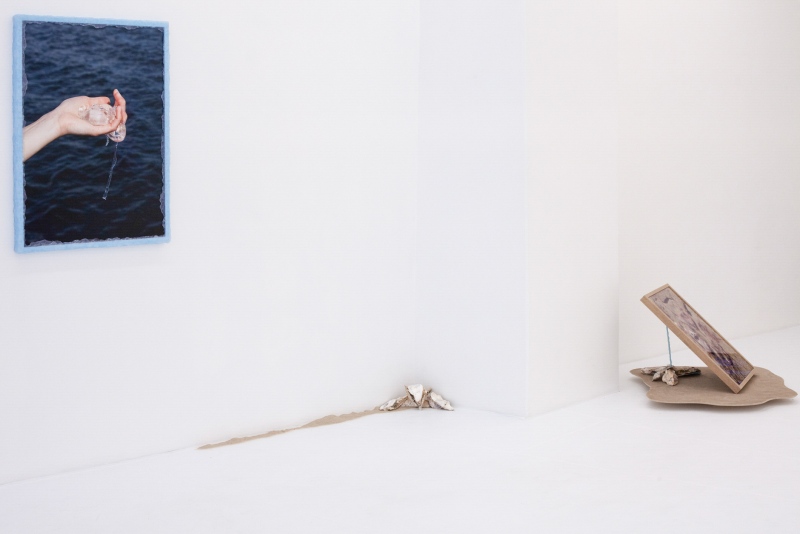 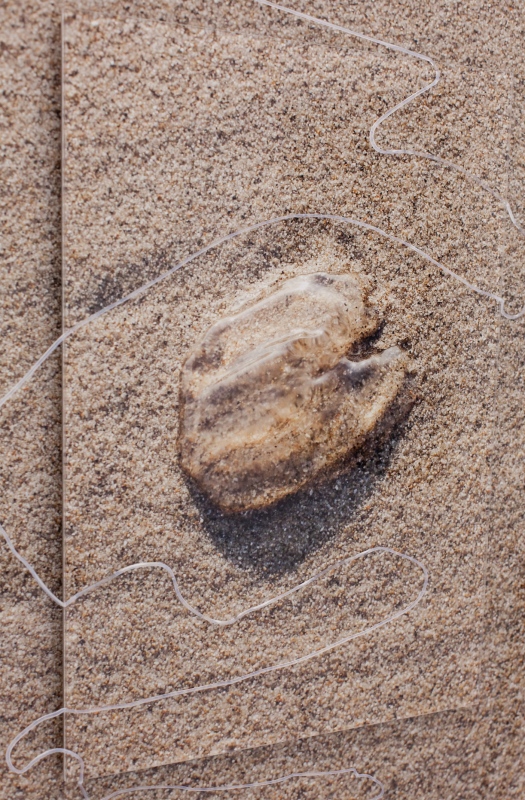 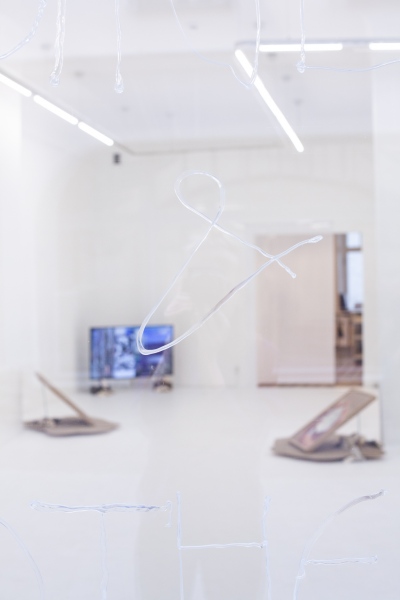 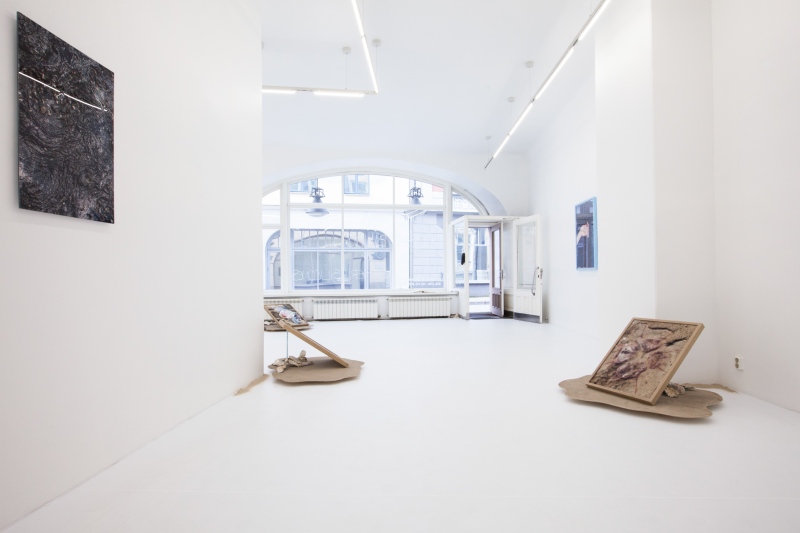 Filter Feeders, Double Binds & Other Silicones is an installative exhibition based on Kristina Õllek’s research and personal observations of anthropocentric influences on marine ecology, focusing on the North Sea coastal area and its filter feeders – blue mussels, oysters and the expanding jellyfish population. In the past 2 years, Õllek was living in The Hague, on the coast of the North Sea, and became interested in filter feeder organisms, such as mussels and oysters. They are called filter feeders because they purify water and act as filters for polluted water; hence, they are considered ecosystem engineers. On the Dutch coastline there are many oyster and blue mussel farms (aquaculture), most of these are based in Zeeland, an area that is largely below sea level and one of the most human-engineered regions in the Netherlands. In 1953 the most devastating flooding in the Dutch history took place there, and the Deltaworks Neeljte Jans dike was built after this, which changed some of its landscape into a dystopic and alienated surface. With the on-going work she’s thinking with the North Sea, and its speculative assumptions and changes in marine ecology.

By breathing in and out of the water,

being with others, livings and non-livings.

Sand, silica, silicon, and other silicones.

Blending in and becoming

with a soft squishy feeling.

it’s no spa, but urgency.